Cat Tales, From the Studio

The Real Reason I Finally Fixed My PC

So one of the reasons life has been so difficult lately is because my computer has not been working for a couple of months.  I had been consistently getting BSOD errors for a while and after several tests, it was apparent that I had a RAM problem.  I didn’t have any time to do anything about it but the main priority I had was backing up all the 1TB of photos, files and documents that were on there.  Once that was done, I switched it off till I had time to do something about it.

Meanwhile I have been existing on smaller screens and devices and driving myself crazy, so last week I decided to do something about it and took it apart. If you’ve never seen the innards of a computer, this is what it looks like.  I actually took two computers apart that day, and this one is my older HP which was also not working anymore, so I figured why not do both at the same time. 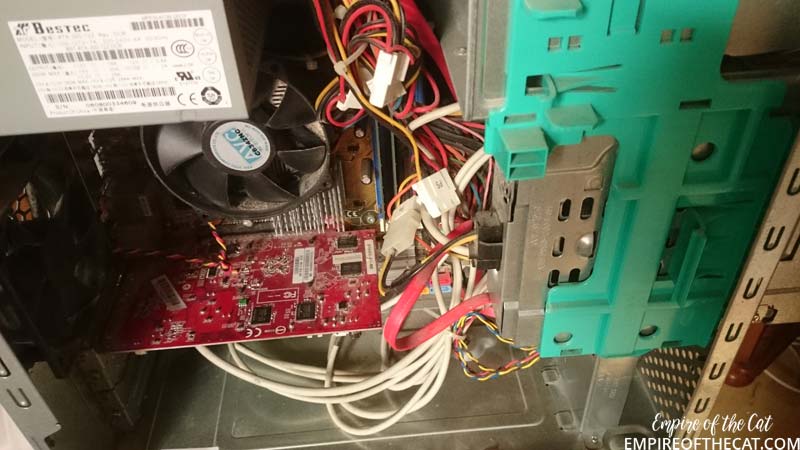 This older PC is running on Windows XP, and there are ways to get it going again but not without losing the data on the hard drive, so I took out the hard drive. 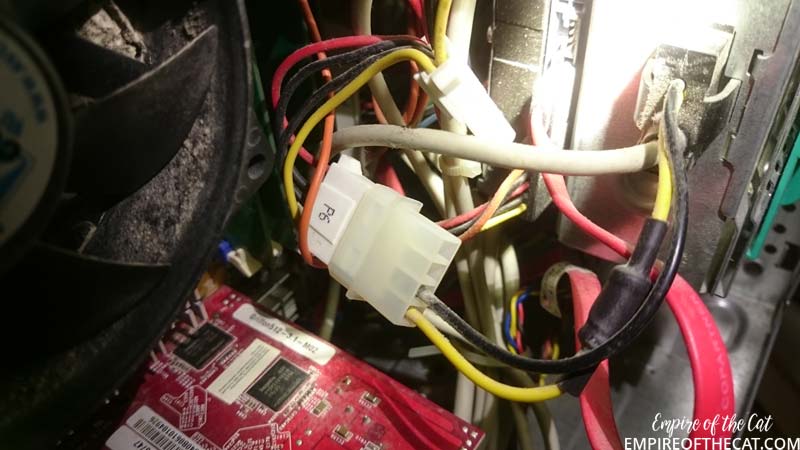 Once I had it out, I could connect it later to the other computer once it was fixed, copy over the data, and then fix the XP PC. 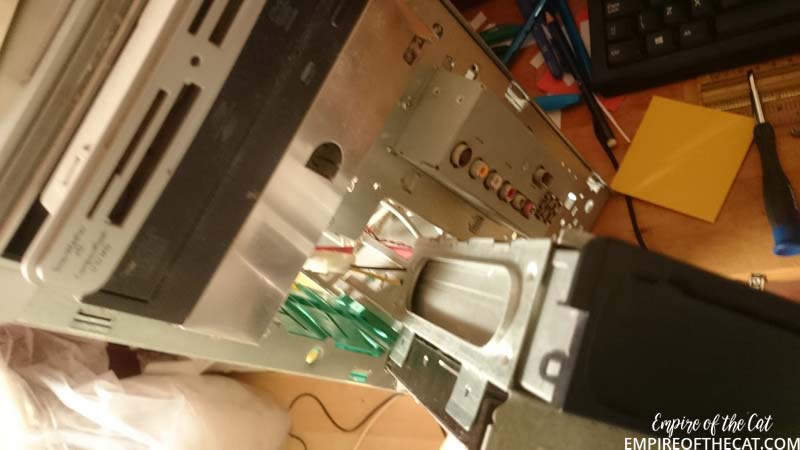 It probably wouldn’t hurt to give it a bit of a clean and get rid of all that dust lol.  Dust was not the problem in this case but it can cause problems so I did a bit of dusting. 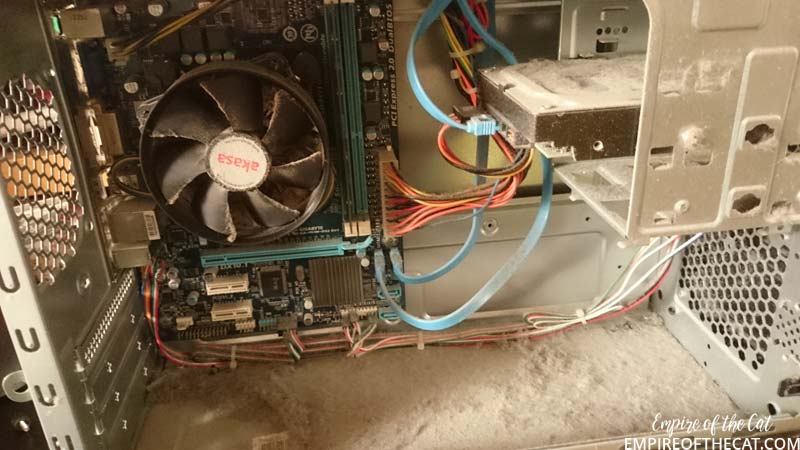 Time to move on to the newer PC.  After all my tests, I knew I needed new RAM to replace the faulty RAM.  I could have just replaced one with another, but I decided to upgrade with two sticks of RAM, giving me double the speed I had previously 🙂 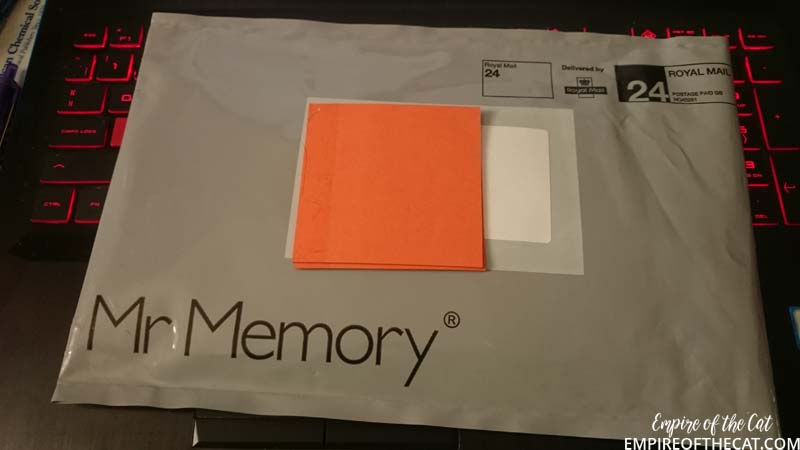 This PC was even worse for dust than the super old one!  OMG!  When I opened it up, I actually thought there was a dead thing stuck to the fan, but it was just a lot of compacted dust!  This tower usually sits in its own tower unit under the desk where it is supposed to be protected from harm, dust etc.  Apparently not!  So before I could do anything else, I had to spend about an hour cleaning the inside of this one. 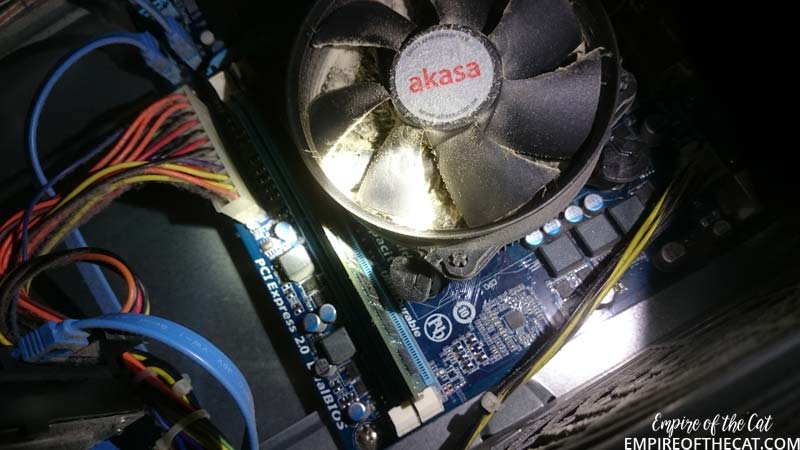 Here’s a look at some of what was removed from the inside, and from both fans. 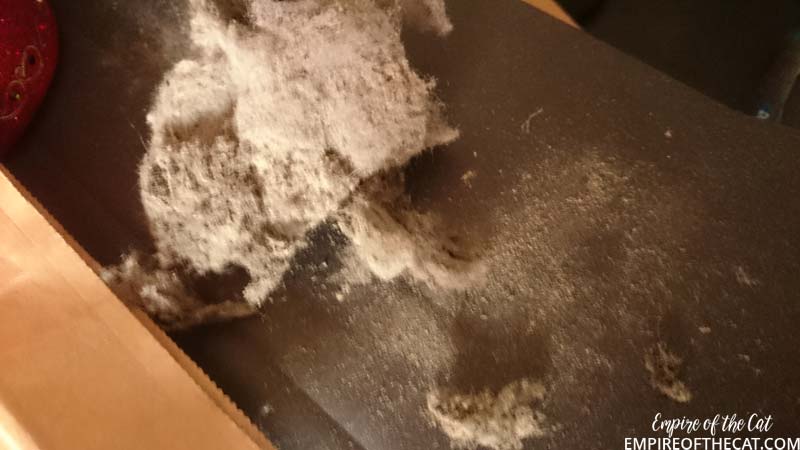 So once that was done, it was easy to do the real job that I set out to do in the first place, and get things working again.  While I was at it, I cleared off the entire surface of my desk and put this tower on TOP of the desk so I can keep an eye on it and keep it dust free.

It was great to have it working again but you know, there was someone even happier than i was that it was back in action…

Kitty girl really likes her Youtube lol.  I don’t know if she’s impressed by his nutritional advice or his biceps but she loves him.  Her other favourite is art tutorials, she loves the paintbrushes!

So really I fixed my PC so my cat could enjoy watching Youtube on a bigger screen lol.

Let me know in the comments what you think. As always, thanks for reading!