The Curious Case of the Time Travelling Cat – Deja Vu

This page is intended for the current Sandee and Amelie’s Steampunk Challenge which is their final challenge as they will be closing their doors after nine years.  Since it is their final challenge, they have allowed that one of entries submitted to the challenge can be an oldie but a favourite and that we should say why it is a favourite.For my favourite steampunk oldie, I have chosen this Steampunk Cat in a Hat from June last year.  You can find the original post here which has a step by step on how it was created. The link to the challenge is at the end of the post as usual.

I used teabag tags which I’d been collecting, to cover the cat’s body. 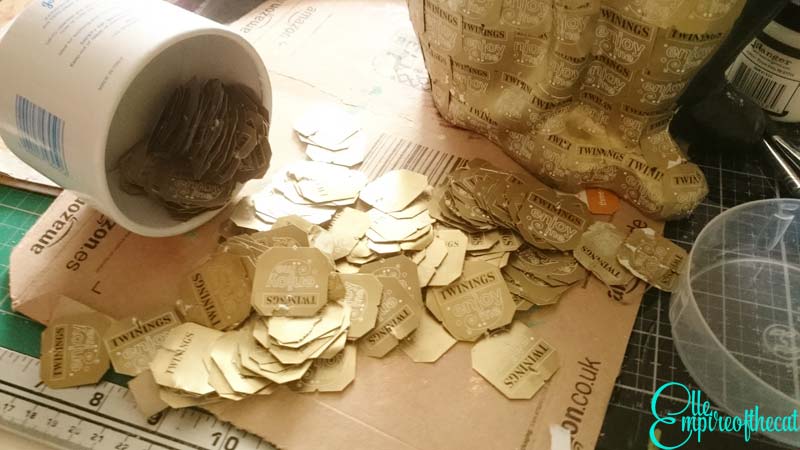 One of my cats really likes the taste of papier mache and had been chewing on it, so it was time to do something about that – for protection! 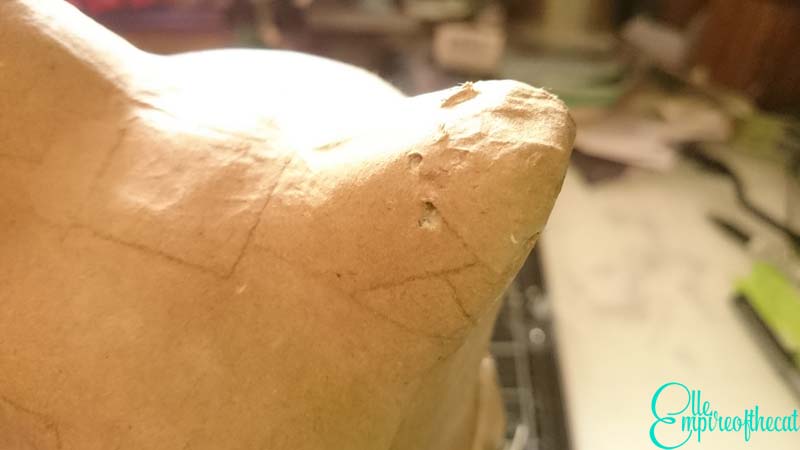 I made a top hat from an amazon box. 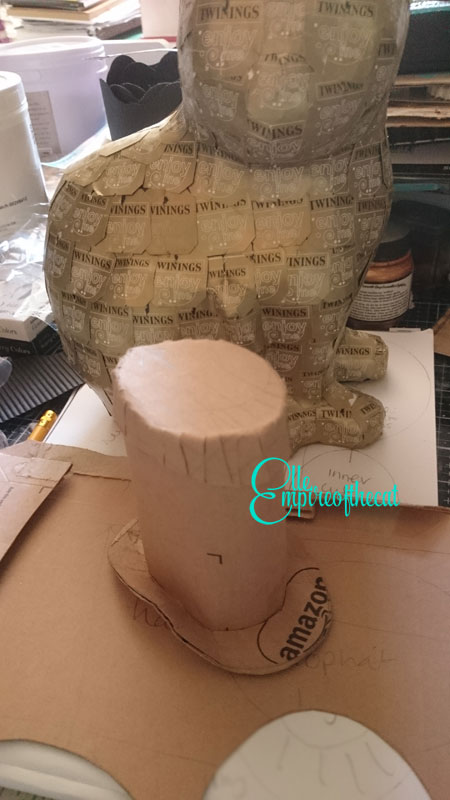 The hat was painted black and I added a purple ribbon and goggles made from ring pulls and metallic cardstock. 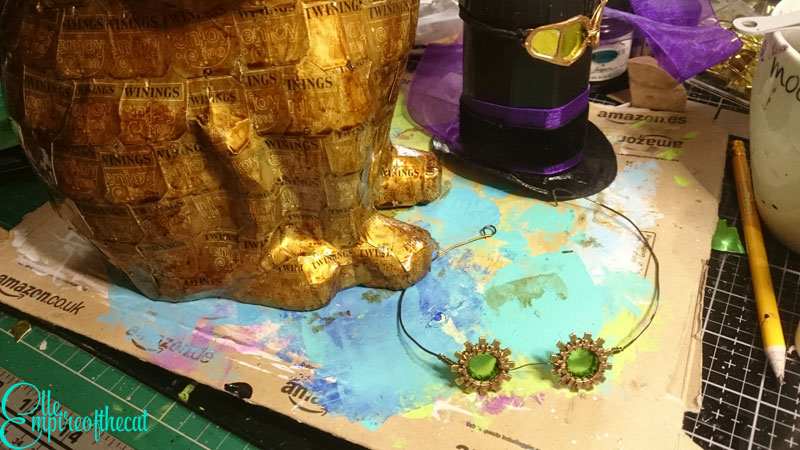 For the cat I decided he needed some Glassicals (cross between glasses and spectacles) – metal cogs, jewellery wire, metallic cardstock (fully removable) 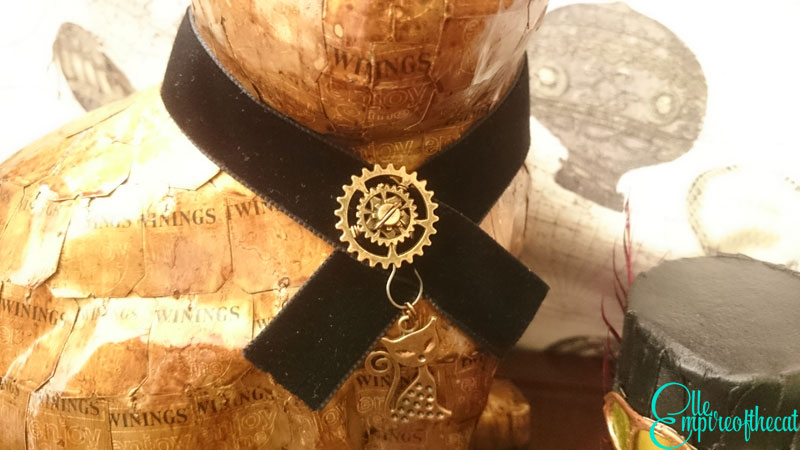 And here he is, the Time Travelling Cat ready to jump to another place in time. 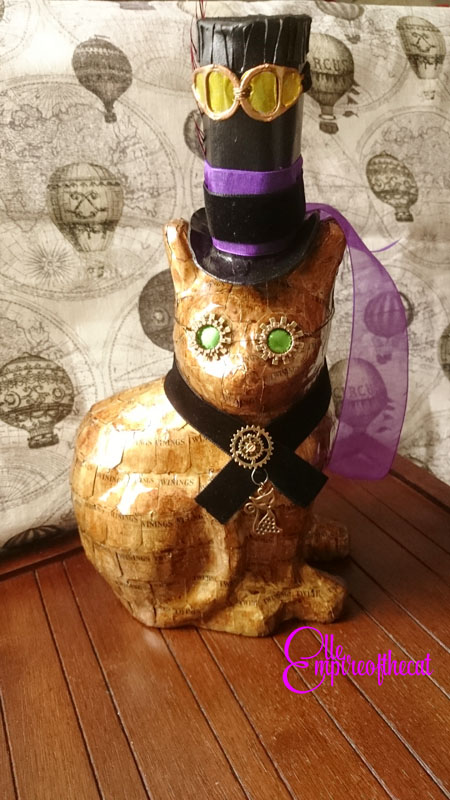 So this is my choice for favourite steampunk golden oldie, and I had such fun making him and making up his story.  I love that he is covered in teabag tags, and that he looks so dashing in his Glassicals and top hat.  He sits in my studio on a high shelf out of reach of wayward kitties and ready to pop off on another time travelling adventure at the drop of a hat!Let me know what you think in the comments.   As always, thanks for reading and have a great week!

see original post for ingredients and step by step

If I Could Turn Back Time – Steampunk Pocket Watch Niche